We had just taken delivery of our thrice-yearly bulk order from Suma Wholefoods. Eagerly, I opened the boxes in our hallway and peeped inside: soba noodles, wholemeal pasta, mung beans, cold pressed sunflower oil, cashews, almonds, chia seeds, raw cacao powder, brown rice and many, many more ingredients to play with. Suddenly, cooking dinner no longer felt like a chore! As I dug amongst the packages I found the Dove's Farm gluten free fusilli tricolore and the Engevita yeast flakes, and  headed for the kitchen...

... And came up with this lighter, vegan twist on mac 'n; cheese. The sauce came out surprisingly cheesey- tasting, and actually fooled one of the kids! This is not a recipe, but with any luck, should you want to reproduce this dish, these notes/ instructions should be enough. I made about 8 servings. 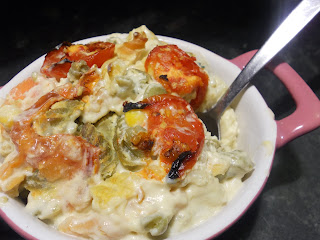 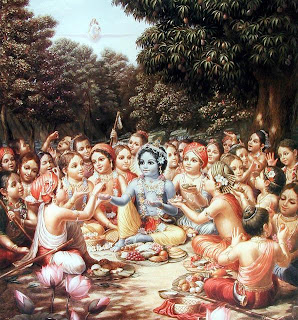